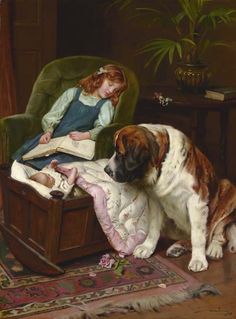 Now, before I begin, and before any of you commence any kind of tear-eruptions, let me first just say that Harper, my one thousand year old dog, is perfectly fine. She’s old and creaky and slow and sleepy and arthritic and missing some teeth and sometimes she anxiety-pees on the floor, but other than that she’s doing great. I have to start out with this, because my dog is at an age (a thousand years will weigh heavily on anyone, after all) where people see me post about my dog and they instantly start sobbing because they assume that she is dead. She is not. We can all relax.

My dog loves all of us, but she loves my kids the most. She follows them with her eyes when they walk across the room. When they stand close to her, she closes her eyes and inhales. When they sit at the table, she shuffles between the chairs, finds a pair of feet to lay on, and, after the hard work of bending her old legs, lands upon a child’s slippers with a sigh.

She can’t climb up on the kids beds anymore (she was never allowed, never, but she did it anyway, usually at the request of a child who woke up in the middle of the night from a bad dream, and couldn’t get back to sleep) and I can tell she misses it. She makes her way up the stairs at night and worries at their doors until she nudges them open, and curls up in their rooms – all soft and damp from their open-mouthed breathing. She sighs when they sigh. She perks up her head when they talk in their sleep. She dreams in tandem with the kids she loves.

And she loves them. So much.

When my oldest was little, Harper – a sheepdog by nature – herded her like a lamb. I had moved from Portland to Minneapolis when I was pregnant with her, taking all of my last classes for my Masters in Education as Incompletes, and was desperately trying to finish my many, many papers to turn in for my degree so I could go back to work and support the family while my husband went back to school. And my daughter liked to crawl. A lot. And she was fast. And Harper kept her contained. She ran interference. She headed her off at the pass. And when my little sprogget pulled a fast one, Harper very gently grabbed her by the diaper and brought her back to me.

You remember Nana from Peter Pan. That is my dog.

When my middle child took her to the park behind our house and fell off out of a tree and sprained her ankle, Harper positioned herself right next to that crying girl and would not leave her side, and howled her head off until I heard and came running.

When my son was bitten in the face by another dog, Harper wouldn’t let him out of her sight for months after the incident. Even thought it happened in someone else’s house, something told me that Harper just couldn’t forgive herself. She kept herself pressed to Leo’s side, nudging his hands or his back or his tummy with her nose. She started following him from the computer to the bathroom to the lego room to the kitchen to his room to the back yard. Wherever Leo was, Harper was two steps away. Her ears were perked straight up. She was on the alert for danger.

No one’s hurting my boy, her ears said.

Lately, she’s been building kid-nests. She rotates which child she focuses on. Right now, it’s my son. She will gather the recently-worn clothing of whichever child she’s nesting with. She finds stinky socks and uniform pants and cast-off shirts. Sweaters. Winter hats. Anything that smells like her kids. Fortunately for her, my kids are slobs and leave their clothing strewn about their rooms until I go ballistic and make them tidy up. But lately, I’ve been slower to do so. Because of Harper.

“Harper!” they admonish. “I was going to wear that sweater!”

Harper thumps her tail on the ground. Each thump means I love you.

“Harper, did you steal my socks?”

“Harper, how on earth did you get my pillow case off my pillow?”

Her eyes are watery and dim. She makes a groaning sound when she tries to focus. She closes her eyes and flares her nostrils, seeing them more clearly.

“She’s doing this to feel closer to you,” I explain. “She can’t see you very well, and she can’t hear you very well, but she can smell you like you can’t even imagine.”

“Ew,” the kids say, even as they crouch down and lay with Harper on the nest. “It’s not polite to just go smelling people,” they murmur in her ears. Harper closes her eyes and sighs.

“It is if you’re a dog. It’s the most polite and loving thing for her. You know I love you and you know your Dad loves you, but nobody loves you like that dog loves you. Her love is the stars and the moon. It is all matter in the Universe. It is all Universes beyond. It is infinity to the infinity power. That’s how much that dog loves you.”

“That’s how much I love her too,” my kids whisper into her stinky fur. And they mean it, too. 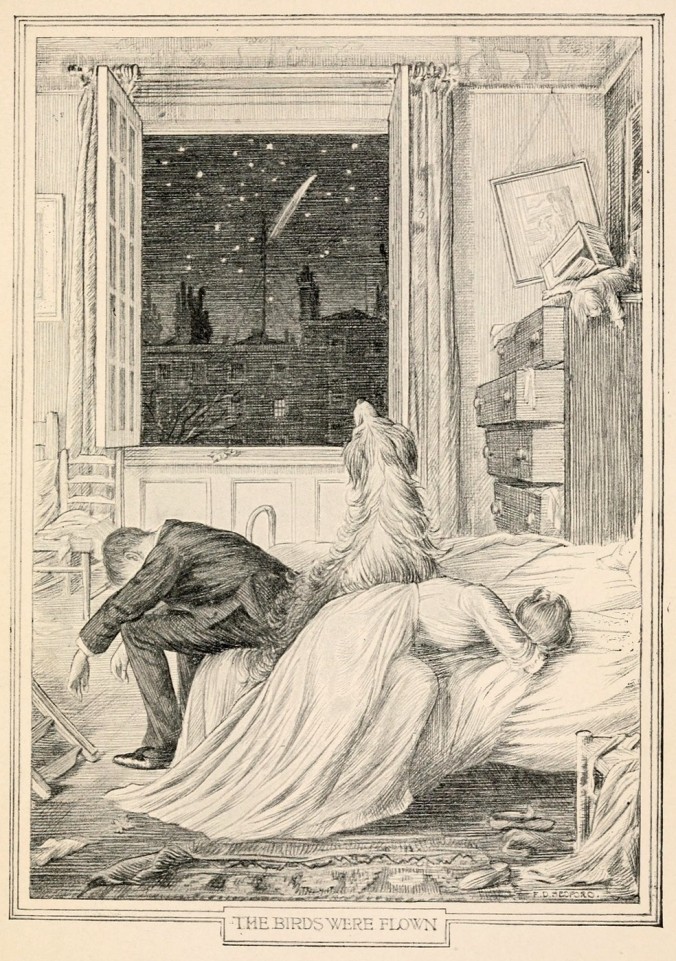 10 thoughts on “No One Will Ever Love You as Much as This Dog Loves You.”