Last week I did a fiction residency at Epiphany Catholic School in Coon Rapids, MN.

(Here’s me holding a whiteboard marker that I was about to start waving around as either a lightsaber or a magic wand. One or the other.)

On my very first day, after talking to a group of fourth graders about stories, and cheering them on as they wrote stories of their own, a little girl gave me a big hug, and said this: “You are as pretty as Sarah Palin.” She smiled. “Almost,” she added – yanno. To keep it real.

And while – most people who read this blog probably guessed this – I wouldn’t call myself a fan of the ex-governor, nor would I expect that she and I would agree on a single thing if we were ever in the same room – it was certainly evident that as far as this little girl was concerned, she was giving me the highest of compliments. And I appreciated it.

(though really…..the “almost” does sting. I could out-cute Sarah Palin with one arm tied behind my back and hopping on one foot.)

But that’s neither here nor there. The point is that for one week – perhaps the only week of my life – I was a total rock star. There were posters of my serious-looking mug all over the school (like, about twenty of them), and the kids throughout the school knew that I’d be paying all of them a visit sometime during the week.

Whenever I walked by, children pointed. They gasped. They whispered in one another’s ear. They asked for my autograph (I didn’t have the heart to tell them that once I wrote on the paper, the autograph was worth less than the original paper it was written on. Who puts value on a scribbled piece of paper?). Kids ran up to me from halfway down the hall and gave me a hug. They squealed when they realized that my nonfiction books were in the library (“The library!!” they gasped.)

They listened to me read. 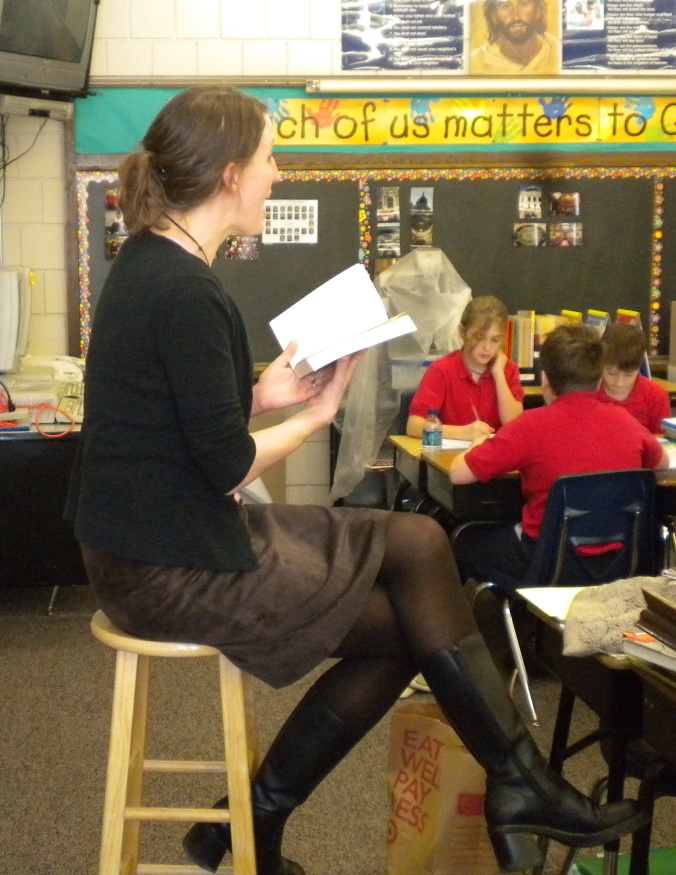 Okay, fine, they weren’t really listening at that point, because they were working so hard on the stories they wanted to share with me. And share they did. I have around seventy hand-written pages in my bag of student stories – lovingly written, then shoved into my hands. They giggled and blushed. They needed me to read them. Look how hard they worked! 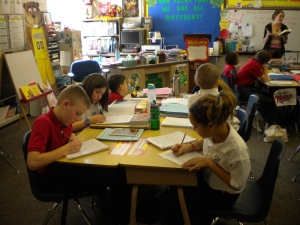 I’ve written here before how I’ve never been, nor will I ever be, cool. Still, for that week, those kids declared me cool. And I’ll hang onto it.